For a better experience on Leadership Cayman, UPDATE YOUR BROWSER 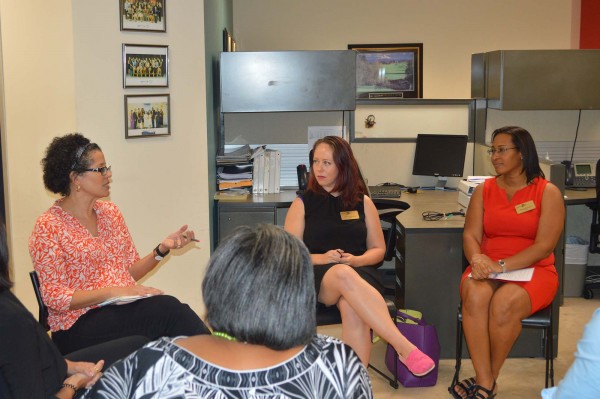 The Leadership Cayman 2020 Class commenced its series of seminars on Wednesday November 6, with an in-depth look at the current role of the media in the Caymanian Society and beyond.

The Class began its media  explorations with a tour of the Cayman Islands Government TV Station (CIGTV) at Government Building  and its sister station, Radio Cayman, at Broadcasting House, both on Elgin Avenue.  The day climaxed with breakout sessions and a panel discussion at the offices of the Chamber of Commerce in Governors Square.

The aim of the seminar was to help Class members learn more about how various media operate and the  influence of these on business and professional life. The seminar also explored ways in which the media and community could cooperate for the enhancement of the socio-economic well-being of the community.

A common sentiment among all three panelists was the rapid and far-reaching change in the media landscape, with social media becoming the preferred choice for news consumption among a significant percentage of the global population. The panelists were unanimous in the view that social media present a real threat to the survival of traditional media.  They also agreed that the decreasing influence of traditional media meant an erosion of news values.

Commenting on current developments in traditional media worldwide, the panelists lamented the decline in journalistic integrity. They concluded that despite the pressure to get the news first, media practitioners should be mindful that speed should not be the most important thing in journalism.  The consensus among the three panelists was that getting the news right should take priority.